Now that Sony has officially Discontinued (Killed) the WALKMAN,  we have to seriously think: WHAT TO DO WITH THE CASSETTES??

I know, many of the younger generation mustn’t have even seen a Cassette, let alone played one on a Walkman!

We are in an age where everything HAS TO BE Portable. Be it your Music, Videos, Files, Photos..etc…

But portability had its limits & formats. Not so long ago, remember the VCR!! Tapes were huge & bulky & required even bulkier player to play them on EVEN bulkier TVs!!!

Cassettes were the rage in Portable Music. I have stayed up nights to make those MIXED Tapes!! I truly loved them. The efforts that went into searching for the particular songs, sung in particular concerts / recorded was a VERY PAINSTAKING hobby. Many of the Artists of the Golden Era have passed away, but their music lives on in the CASSETTES!!.

However, over-night, the CD & MP3 revolution took over. The cassette player became a relic & the player shrunk to remarkable size, (basically due to non-moving parts!). Everybody rejoiced. BUT then the huge problem remained: HOW to get those songs FROM Cassette TO Portable MP3 Player!! Sure, there are simple recording solutions BUT, they are not suitable for general Use.

Hence I have worked on the problem & have zeroed-in on TWO Products, which claim to be the ultimate solution in conversion from Cassette/Vinyl to MP3 Player & in more-ways-than-one, they are.

BOTH the contenders work in similar manner. The Audio Source (Read: the Cassette / Vinyl Player) is connected to the INPUT (Mic) Jack on the Computers Audio Panel as shown below:

If you are recording from the Cassette player then you will Need: Both-Side Male cable i.e. 3.5mm Stereo Cable: 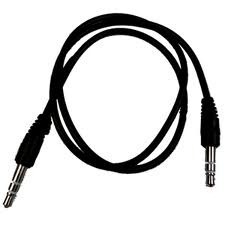 This Cable will go in the OUTPUT (Read: Headphone) Jack of the Cassette Player & the other end to the INPUT (Read: Mic) Jack on the Computers Audio-Panel.

On a cautionary note, one has to ensure that the HEADS (the READING Part inside the Player) of the Cassette player is CLEANED (preferably using a decent “Head Cleaning Cassette”) & that the cassette / Vinyl you want to convert is properly playable. That means, put in a Pencil inside the rotor & rotate for about a min. If the cassette is rolling smoothly, you are good to go. 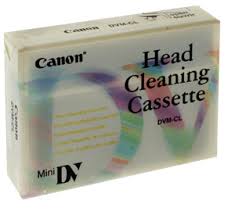 Now the hardware part is OVER.

Moving on to the SOFTWARE Part, the contenders work on similar broad layout. This is further divided into THREE Categories:

First & Foremost, one has to check whether the INPUT is correct & one CAN HEAR sound from the PC’s Speakers when something is played on the Cassette player. Most of the Mic Ports are MUTED in the Windows Sound Level Indicator.

Please Ensure the Mute Option in UNTICKED (One Should Also UNTICK The “Line In” Option). If not Found, Go in the ADVANCED Options & Select the same. 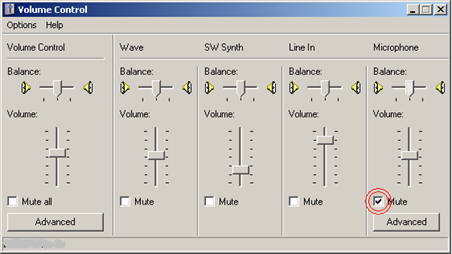 Now comes the Judging & Evaluation of ambient sound & noise level. Whenever a moving component is involved, there WILL be noise generation. This Noise has to be scraped away from the Actual Sound / Song. However, a Software Cannot differentiate between Noise & Sound UNLESS it is TAUGHT SO!. Yes, you can teach the software to differentiate. Here the TRAINING Comes into play. One has to put in a BLANK Cassette & let it play for a sufficient amount (The software informs you!!). Accordingly the Software LISTENS to the EMPTY Sounds & DETERMINES the NOISE LEVEL. One can also SET The Noise level manually, but it is not recommended.

Once the Hardware & Pre-Recording checklist is completed, then make sure the room is quite & DO NOT work on the computer simultaneously. This WILL RUIN the recording. (I, once tried recording & played NFS simultaneously & ALL I got was the music from the game!!). Well…. you get the point!

Start the program & click on RECORDING FIRST & thereafter PLAY the Cassette / Vinyl. This will ensure no part is lost. Now let the recording progress. DO NOT Touch the PC. Preferably disconnect the PC from the internet OR at least close down the Chat programs. (Remember the “XYZ has entered the chat room”  / “XYZ has left the chat room” Announcements!!).

Ideally you should see the following WAVE Chart Or At least a BAR Chart confirming Sound Input:

It is a simple matter of Trimming the large recording into individual songs! Using the Wave Chart shown above, one can judge WHERE the Song Ends & SNIP it there & name it accordingly. IF you have set the NOISE Sampling Correctly, the softwares can even SNIP AUTOMATICALLY judging by the silence Between the Tracks!!! I will not explain EXACTLY how to record. A simple STEP-By-STEP procedure (with Images!) is Outlined on it’s WEBSITE: NCH SOFTWARE. It is priced at 36 US Dollars!

2) Spin It Again by Acoustica

Priced at 35 US Dollars, this is a simpler product of the two. No advance recording options here (which are present in Golden Records), but it offers Album Look-up (from Internet), Track information Editing…. However, frankly, I am glad to get the tracks in portable format. These seem frivolous. But…for others….who knows?

The Best Part of these Softwares is that, once it SENSES that No Music (Not Sound!) is coming in… They automatically stop Recording, Thus saving you the trouble of editing out Blank Noise. But, I still recommend that you be near your computer when the Cassette is nearing its end (Roughly 45 Mins OR 90 Mins (its mentioned on the Cassette) on 1 side)

BUT, for people like me who have witnessed the rollover from Cassette to MP3, such apps will surely help preserve our memories.

Of the featured products above I personally prefer Golden Records. With its detailed settings & ease-of-use, it is a clear winner.

Use Snipping tool in Windows to grab screen

So… You have got your Spanky New Android Phone. There are LOTS of them in the market to suite ALL...