Its been really a socially active year for me and I added a lot to my surprise when my name got finalized to host the Microsoft Windows 7 launch party. Wonder what am I talking about ? Well some of you might have seen Microsoft advertising about this launch party since long now. Most of you might have blogged about it as well. But those who do not read blogs regularly or do not watch television that often, let me explain this. 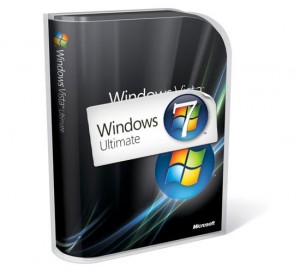 Microsoft, wants to make a difference this time. Instead of launching its products in the conventional way in front of few thousand people and then later shipping it to different parts of world. They want people to celebrate the launch of  Windows7 at their places. In return they promise to give away free windows 7 – surprising ?

Although surprising but this is what they have promised. There might be some terms & conditions associated with the free windows license or some limited number of licenses which Microsoft is going to give away.

How am I going to organize ?

Microsoft has promised they will be posting a party kit at my address, which will include goodies to share among the people who are going to attend the party. Planning to host it as a big party. I will try approaching different companies for sponsoring the party. So then I can have the party in a club etc. I am also planning to demo Windows 7 on the Project Screen, the bigger the better.

The date for the party will be 24th October, 2009 and the venue is still to be decided as I have talked to some event organizing agencies. Have to get confirmations from the sponsors etc.

Can I join the fun ?

Undoubtedly you can join us in the party provided you can travel to Ludhiana, Punjab where I am going to host the party. I am sure people residing at Ludhiana are pretty excited already to join me in the fun. Microsoft suggested to invite 9 or more people. So will have to check how much goodies are they going to ship ?And if you are invited then you already have the invitation in your mailbox.

Well if you can arrange for the sponsors, then it will be more than enough. That will make the party bigger & better. I am trying to cover it in media so if you got links with some News Channels etc that will be awesome.

Do not forget to add your views and comments.

Microsoft to discontinue IE6 from end of April 2009