People are STILL using Office 2003 (Some Even Office XP!! released in Year 2001!!). Released on November 17, 2003, Office 2003 instantly shot to fame because of a very important point. Microsoft started listening to people’s views & took them seriously. This was not evident in their earlier releases. During older times it was: Use it or Lose it Attitude!

Microsoft Office 2003 STANDARD was the version suited for most. It had: Word, Excel, PowerPoint & Outlook. The Four Musketeers got our day-to-day Office work done VERY Smoothly. This was the FIRST Version to have Tablet and Pen support (The true potential of which is STILL to be explored coz of High cost of Touch Screen technology).

Things were going very smoothly Till the Fateful Day: January 30, 2007. When Office 2007 (along-with Windows VISTA) was released to Public in retail form.

Microsoft wanted to give people the ease of use they always desired. but, the good intentions were not received as was hoped / envisaged. The core reason was: People were SO HABITUATED to the Toolbar shortcuts & procedures that they failed to notice that MOST of what they required FREQUENTLY, was placed RIGHT in FRONT of them in the Form of BIG Icons

It has been almost 2 Years since the launch of Office 2007, &  sales figures are still exciting our good old Steve & Bill. Office 2007, has slowly & surely crept into the Very Lives of people (Whether they like it OR Not!).

The STEEP Price of @ INR 15000 maybe a deterrent. But Office 2007 is well worth the money. There are SO MANY Improvements & mostly Over-The Hood i.e. in the Appearance section. The Suite is actually re-developed from scratch taking into consideration EVERYDAY USE.

Some visual comparisons will give you an Idea as to how Microsoft has listened: 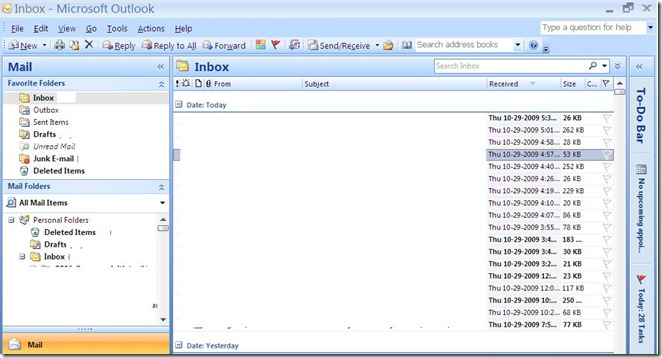 As is evident from the Images above EVERYDAY used aspects like: Font, Styles, Formatting etc.. have been placed in FRONT. Further Office 2007 uses TABS Categories for Formatting: Eg: You “Insert” a Table. Hence the Table button is In the INSERT Tab & so forth…

This completely DETACHED approach from ALL PREVIOUS Versions of Office will undoubtedly put the user on the back-foot & confuse him/her. But, I assure you, this is a temporary phase & does not last for more than 1 Week. After one week of regularly using Office 2007, I am sure, you will wonder how you ever worked without it.

The Price structure is below:

I am sure you can afford a cheaper version with latest discounts offers etc!!! Anyways, Software & Cost 😉

Take the Leap & get Office 2007. You will not regret it. Further, Install the Service Pack 2 that MS has released recently.

If you do not familiarize yourself with Office 2007, you will not be able to use upcoming Office 2010 efficiently.

Further with MS slowly moving towards the Notorious Extensions WITH “X” (*.docx, *.xlsx), the older files will be relegated to the Back-Office (Pun intended!!)

GPS.. Should you PAY to USE?

Choose which mails to download for offline use in gmail

How to download specific emails for offline use in your gmail Inbox.