Speed, Timing, Adrenaline, and then, the Winning Celebration!!! Gaming is fast emerging as a favorite in India too. Even though, Gaming is now a part of festivities, pastimes, fests etc., it still needs to be spread to more people who are bereft of this wonderful experience. 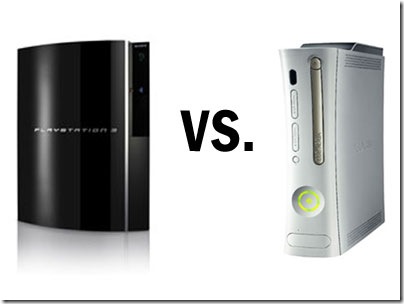 Coming to Video games, there are a wide range of games that are provoking the desire to win in youngsters. There are games from Action to Adventure to Music to Racing to Parties to Sports to everything. The most popular gaming consoles are: Atari’s Atari 2600, Mattel’s Intellivision, Microsoft’s Xbox and Xbox 360, Nintendo’s Nintendo 64, Game Boy and Wii, Sega, Sony’s PlayStation, PlayStation 2,3 and PlayStation Portable. Once the control is in your hands, you cannot help but WIN (read: do anything to win).

Microsoft and Sony are two names that come to one’s mind when thinking of purchasing a console. The Xbox 360, a successor to Xbox, is a seventh generation video game console that is competing with Sony’s PS3 (Play Station 3) and Nintendo’s Wii. The Xbox 360, when launched in 2005, had become an obsession with gaming fans. It has two models, Arcade and Elite. The PS3, a product of Sony, was also launched in 2005 and walks neck to neck with Xbox 360.

Comparing the two is not an easy task. Both the consoles are almost at the same level. And it is only an expert’s task to compare and contrast.

Features of the Xbox 360

The cell engine microprocessor chip is better than the triple core CPU of Xbox. On the other hand, the Xenos GPU provides better graphics than the RSX GPU.Xbox is leap ahead in graphics. (see the comparison image below).

An important factor in deciding the result of this comparison is storage. If more games can be stored on the console, it is better. Along with the storage factor is the cost. Getting all the needed features at a good price is the spark. All in all, the best mix of cost, storage, design and preference wins!

Nintendo Wii vs XBOX 360, is there really a comparison ?

Microsoft XboX with Kinect – A serious rival of WII