Many of us would simply lie on a Sofa & go on clicking the Remote. Commonly refereed to as Channel-Surfing.

But NOT Harishankar Narayan (Mechanical engineer from Chennai!)

He connected his Kinect to a MacMini, which uses OpenNI to detect his Skeleton, read certain gestures (such as extend arm up to increase the volume, right or left to change channels). This information is then sent to a USB-UIRT box which is connected directly to the computer’s USB port, thus allowing it to receive and transmit IR signals to the TV (Actually in this case the signals are sent to the Tata Sky Set-Top Box).  The USB UIRT acts like a Universal Remote Control and detects any infrared signal which gave him access to the Tata Sky remote (in this case), from there he set gestures for the controls. 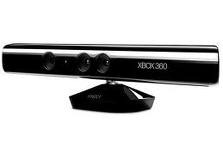 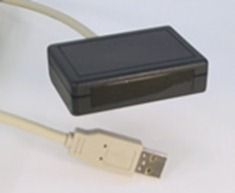 So basically, Kinect Detects Signals (Skeleton movement) &sends it to a PC.. The PC, in-turn process the input from Kinect, translates them in IR Codes & directs the signal to a IR Transmitter (A remote Duhh!) & the remote then sends the relevant signal to the Instrument to be controlled (in this case a Tata Sky Set-Top Box). Thus, the gesture based controls can be customized for any device that supports an Infrared Remote Control. I.e. they can be used with, air-conditioners, DVD-players, Blu-Ray players and much more. 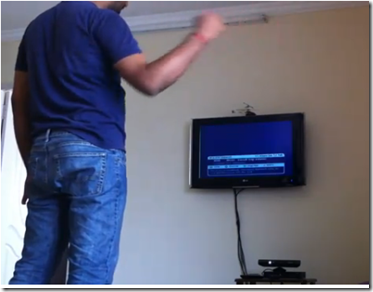 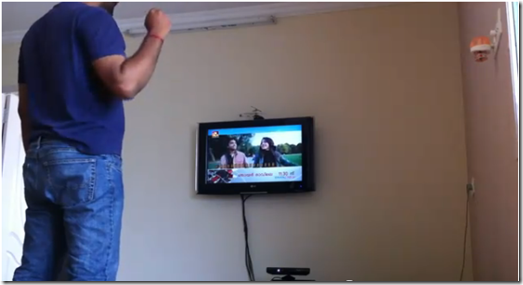 So instead of YOU punching the remote Buttons … a PC based controller does it for you. I really like the method.. cause it urges the people to get up & interact with the TV in a more “Physical” Way

. Great Excuse for a Exercise!!

Use Snipping tool in Windows to grab screen

Snipping Tool lets you capture any part of your screen and save it as an image file. Read further to...