I had the good fortune of attending a recent Sony Ericsson’s event event held at Trident (Nariman Point, Mumbai).

Headed by (recently appointed) Prasun Kumar – Marketing Head of the region, the primary focus of the Event was, what SE call’s “Finger Talking”. Labeled as as “FingerTALKING”, the campaign & the phones aimed to highlight the growing trend of phones being used more for “Chatting” by typing rather than its traditional function of talking. Hence Prasun’s reasoning: “Let your fingers talk”. Organized by Genesis Burson-Marsteller, the event witnessed quite a low turn-out than expected. Nonetheless, tech-Bloggers, the people who really mattered did attend the event.

Back to the main topic of the Phones which were showcased:

The “Star” of the show was Xperia Pro. Priced at an MSRP of INR 23,990, this Android Gingerbread equipped phone aims at the matured market of 3.7” Displays. However, the phone does have some tricks up its sleeves OR as Prasun would call it: Sonyness! The 3.7’ Capacitive LCD (265 PPI with Sony’s mobile Bravia engine) is backed with QWERTY keypad. It is also equipped with functions like the Type & Send and a Smart Keyboard. With features aimed at heavy texters and social networking enthusiasts, this device snugly fits in users’ hands with its size of 4.7” x 2.2” x 0.5”.

With an 8MP camera with LED flash stuffed with proprietary Sony EXmor sensor, Panorama etc. one can easily use this Phone as a primary Point-N-Shoot digital camera too. The battery rated at 1500 mAh should easily last a day or two with normal usage. 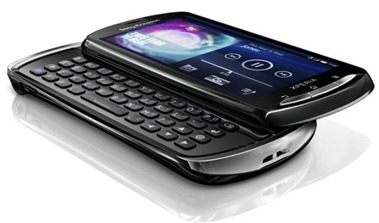 The second phone announced was the Xperia Neo V.

Packed with exact specifications as the Pro, minus the QWERTY keypad, this phone offers a much slimmer profile of just 13mm. This is a really sleek phone & owing to the Bravia engine, the display is vibrant with excellent viewing angels.

Priced at a more modest MSRP of 18,500, this phone should certainly appeal the consumers. Packed with 1GHz SIngle-core Scorpion processor, Adreno 205 GPU, Qualcomm MSM8255 Snapdragon, the phone had no lag at all. The only downside was a 5MP camera instead of 8MP, which could be because of the earthquake in Japan creating a shortage. 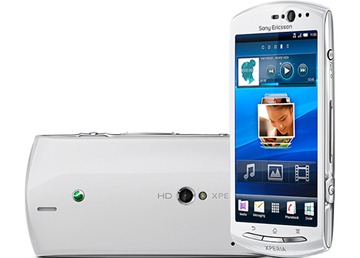 Though the afore mentioned two phones were supposed to be launched, SE demo booth had multiple phones as mentioned below: 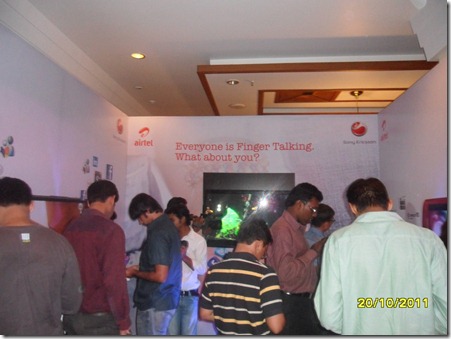 Bloggers checking out phones at the SE Demo booth

Meant for the outdoor types, this is a 1GHz processor equipped Gingerbread & water-resistant smartphone complies with “IP7”. What this means is the phone can stay for half an hour under one meter of water. Wet hands, dust do no damage to the 3” display made from scratch-resistant mineral glass but with resolution of just 320 x 480 pixels

According to the outdoor requirements, the smartphone also features a barometer, a compass and a display for heart rate (when a pulse belt is connected). In addition, the Xperia Active with the four-corners-navigation and a 5 megapixel camera is equipped for HD video recording! 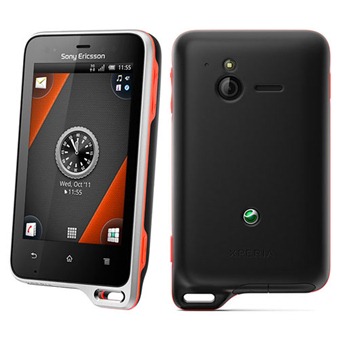 With just a QWERTY keypad as a stand-out feature, this is a very rudimentary phone with 256K 3” capacitive 240×400 pixels display. This phone does not even have Android OS

The last of the lot, this phone is in the lines of Chinese handsets & even the Vodafone-Facebook Phone will beat it hands down. With colors like White, Blue, White & Pink, this phone will appeal ONLY to SE diehard fans who look nowhere else. 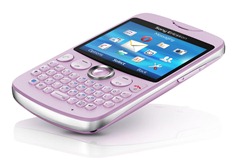 G1: The rival for iPhone

[How to] Setup Tikona Wireless correctly

Owing to its competitve pricing, Tikona is gaining pupolarity. However, owing to some topographical factors, compliants are frequesnt. this post...