So I was one of the lucky ones who got free upgrade to OS X Lion because my Apple machine was purchased between June 06, 2011 and July 20, 2011. I am not going to call it as a Review since there are many over the internet. Instead what I am going to share is my experience with OS X Lion ever since I upgraded (2-3 weeks). I did a clean install via APP Store meaning I did not have to format my existing OS or data from the machine.

I would start with the very noticeable feature for an operating system which is start-up time. The previous version of OS X which is, Snow Leopard, used to take much lesser time to boot or shutdown the machine. The OS X Lion is noticeably slow and  it takes more time to boot or even shutdown the machine compared to what it used to take in Snow Leopard. I used to “Super Like” the fact that it’s extremely fast when it comes to booting, but that is not true anymore.

Trackpad Gestures are the next thing which I noticed as soon as I logged into the system. OS X Lion got the Natural Scrolling activated by default, which means the content inside window scrolls in the direction of which the fingers are swiped; similar to your touch phone. Did not like it much and hence reverted back to “not natural scrolling” from the system preferences. Other than this there are few more gestures added just like if you use three finger swipe you will see the Dashboard and all your widgets right there.

Launchpad is one of the nicest thing which makes all your Applications available right at one place, just a gesture away. You can arrange these applications by simple Drag & Drop. And to remove simply long press any of the icon and “manage mode” will get activate. You can also change the background color of the Launchpad, I have written a post which explains How to change Launchpad’s background color.

Full Screen Apps is another feature which makes all the apps go full screen. First I noticed it when I clicked on the iCal. The new calender looks awesome and the full-screen mode is simply great. It’s great to use apps like photo booth, iCal, preview in Fullscreen mode, great if you are using a small screen like I use MACBook Pro 13″

Lookup allows you to use dictionary within an application. Simply double tap any word with three fingers and you will see it’s meaning from dictionary,thesaurus, WiKi right there, intelligent no ?

Mail application has also got some updates which includes introducing the pane and grouping messages. I do not use this application much since I still like the Web Interface of the Email. But it’s again something not to be missed.

Maintaining the history is another awesome feature. No worries, if I use Grab utility to capture images and if I forget to save them. Next time you open Grab utility you will find those grabs right there. This is true for documents as well.

Regional Support – Now I can listen to MAC speaking in Indian voice. They named the Indian female voice as Sangeeta, nice name ! Also one can find the new Rupee Symbol ( ₹ ) and much regional languages, find the screenshots below. 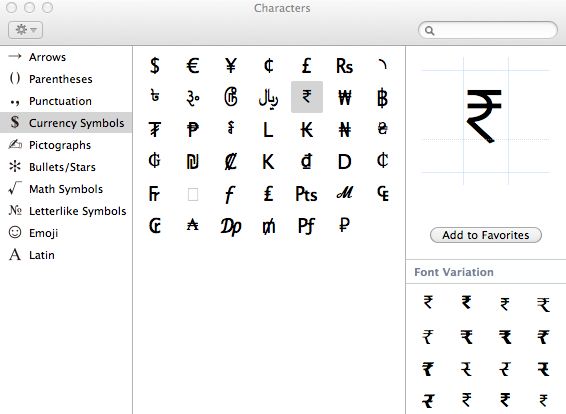 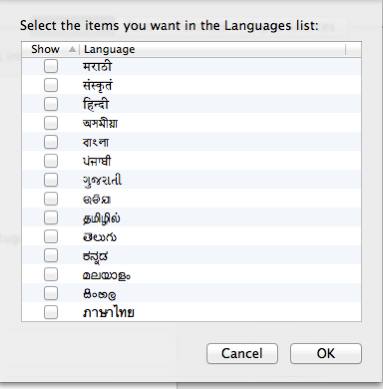 I have tried to compile my experience with MAC till date. I know there are quite a lot of stuff which may be super great in this version, but I came across these features more broadly. However, Apple has listed 250+ awesome features in OS X Lion release.

WordPress  allows commenting by default on the blog post or pages you create using WordPress. The comment area constitutes of...