So you done with PHP or some other web technology(ies) and you wanna replenish your brain with some more nice stuff, as nice as Ruby on Rails. Well its cool that you took such a veracious decision. Let me tell you i aint a geek in Ruby on Rails (RoR) at the moment i am writing this blog entry. But it takes no time to be a geek, because it is actually very very easy and the syntax is more like you are communicating with a human rather than a machine. Ok let’s not waste time and let me uncover the facts now :p

Ruby on Rails, the name is little strange and at once no one would say it has got something to do with making websites and stuff related to computers. Most of my friends still do not understand what technology do i work upon,when i say the mighty word Ruby On Rails. Ok, let get an easy way to understand that word, as simple as that Ruby is a programming language, which you can use all alone as it is, where as Rails is a framework. I wont go in depth for now, may be in later blog entries. Here is the step wise details which you can follow to successfully setup ruby on rails.

2) After Successful install, all the paths must be set automatically. Just in case they are not set, you can browse to the %ruby_dir%>bin and then type the following line to install rails framework on ruby’s core

4) Now that we have all the 3 things installed, lets try if these things got installed correctly or no ?

this tells the rails framework to create an application with the name myfirstapp and the switch -d tells that this application is going to use Mysql as the database. We can always change DB configuration later on, but it is always a good approach to use this switch. 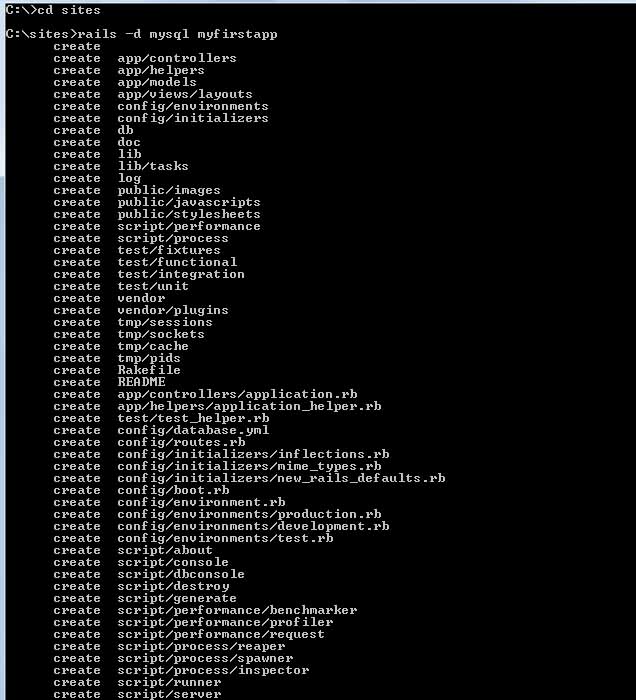 8 ) Now that we are inside a directory lets type ruby script/server to start the inbuilt WEBrick server. Now open your browser and type http://localhost:8080

Now that you have installed ruby on rails successfully, move on to other tutorials to learn more about this powerful framework. 🙂

Comparison of String with Integer failed

Yahoo india launches yet another social Site, called SpotM! for the 16-24 age bracket in an attempt to capture the...