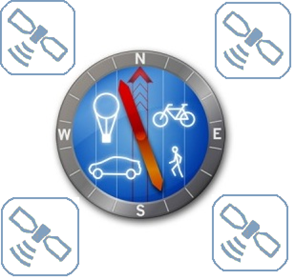 GPS Short for Global Satellite Positioning, is a relatively new technology which was commonly prevalent in the Cars for Getting from Point A to Point B WITHOUT Asking for Directions (Yeah Right.. If that’s even possible in India!)!

Subsequently, MANY Devices from Cell-phones to “Pads” touted to have GPS capability. But, after buying, MANY people  grumbled that their GPS was not working satisfactorily OR Not Working at all.

Well…. There’s a reason that the Spank New Phone acts like a stubborn school child & gets stuck on “Acquiring Co-ordinates” / “Attempting to Connect” Messages. These aren’t even Error Message BUT Wait Messages!!

To use GPS, we need to understand what Basically GPS is: 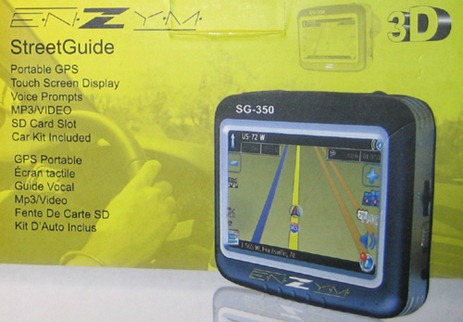 GPS is just satellites broadcasting very carefully-timed signals. Your receiver (phone / Pad) Compares the Time-of-Arrival of signals from multiple satellites (Minimum 3 Satellites) to figure out where it is with respect to said satellites. Knowing the time (it’s in the signals), it knows where the satellites are, so, in-turn, it knows where you are.

But there’s a huge problem with Satellites… They are Very high in the Sky & you are a small puny dot for them.. The Distance & Size difference make it extremely difficult for the Satellites to “Catch” you.  Now imagine THREE of those Satellites trying to “Catch” You!! Imagine HOW MUCH Time would be required!!

THIS is TRUE GPS.. Agreed, due to reasons mentioned above IT WILL take long time (This is being brought down by continual development of smarter & stronger GPS Chips) to “Latch-on” 3-4 Satellites! But it WILL Give you the MOST Accurate Data.

BUT, HOW do you cut down on The PING time WITHOUT bettering Technology?? You Localize the Signals with something that is CONSTANTLY Pinging you.. Sorry.. Your Phone / Pad.. What is that.. Your “Connection” with the Cell-Phone Network tower, of course!!

Now in an Urban Area… a person is being “Pinged” by Multiple Cell-Phone Towers. Thus your Location can fairly easily be traced with READILY Available Data in a Constant & Steady Manner.

This method of Pin-pointing Location is Called as A-GPS or Assisted GPS. To clarify.. THIS IS NOT ACTUAL GPS But localized version of the same which IS ONLY ACCURATE & TRULY VALID in Urban Areas. The companies might Justify it by saying… This will work EVEN WHEN you are under heavy Tree/Building Cover.. Inside the Building.. Blah… Blah… But NOW you Know.. If it says A-GPS… AVOID IT!

TRUE GPS will work EVEN WHEN & WHERE there is NO GSM Network.. But an A-GPS will FAIL!

GPS itself, is FREE and provided by the government!!! It is your Tax Money at work! You need not Pay.

But Wait…….What’s the Catch you say? Catch is… ONLY GPS SIGNALS are Free! You will Still require an INTERFACE (Read Software) to READ the Signals & Translate them in a Understandable Manner! For Years, Garmin, Tom-Tom & recently On-Star have reigned supreme on the GPS Navigation Scene.. The Hardware, back then, was bulky & hence was used primarily by Military or Commercial / Passenger Vehicles. 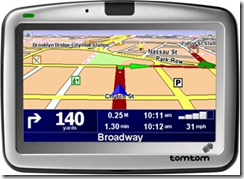 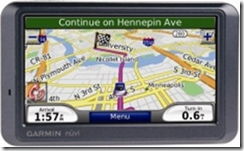 So the Point is.. GPS Modules became Very Small to Fit on a Chip INSIDE a Cell-phone! & Portable Navigation was Born. Meanwhile Google was not behind (in-fact it never is!) & is still constantly UPDATING Google Maps & it gives fairly accurate results too. In fact Google also “Serves-up” relevant & useful information like Hotels, Fuel-Pumps, Hospitals in the nearby vicinity. Further, with a Powerful Data-Plan & GSM Connection, one can completely work on Google-Maps alone! But remember.. If your GSM Network FAILS.. SO Does Google Maps!

So the Question is Answered. You DO NOT Pay for GPS Signals.. BUT You PAY FOR the Software (If using TRUE GPS) OR You Pay for Data Access (If Using A-GPS).

If you Procure ANY Software like TomTom / Garmin etc… it will Use the on-Board Chip to “Triangulate” your location & dish-out Directions based on the preferences entered.  Hence Next Time you go out to Buy a Phone Touted to be GPS Capable… BE sure to read the Fine Print & Make a Wise Decision.

PS: The marvel (& I-Pad Competitor) From Samsung i.e. The Samsung Galaxy Tab DOES HAVE Dedicated GPS Chip (BCM4751IUB2G) which is capable of BOTH True GPS & A-GPS. So it can work great as a Navigation Device while sitting Magnificently on your Car’s Dashboard!!

This is Part 2 of the Multi-Part Series to get the Best out of Widows 7 & More!